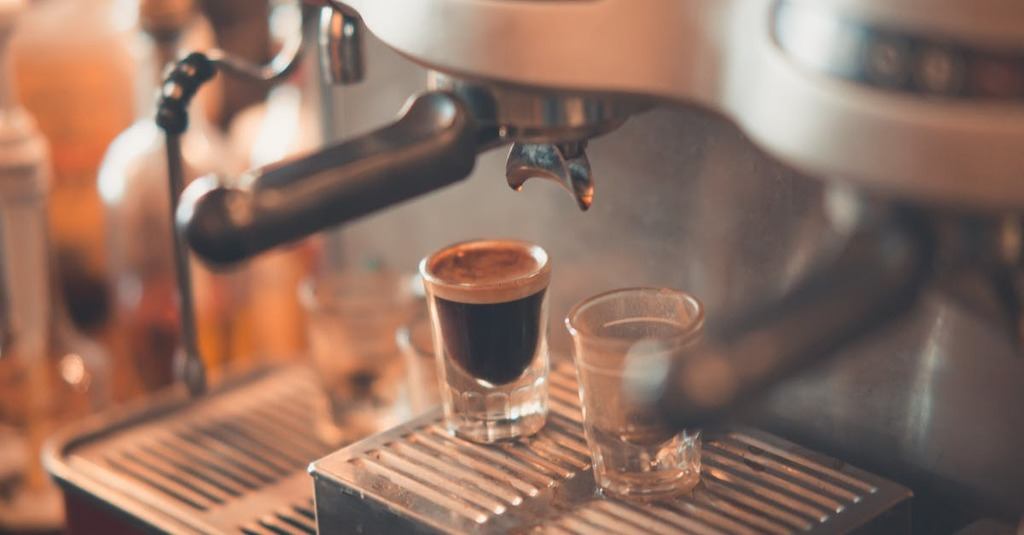 Walk into any Starbucks coffee shop and you’ll certainly come across the name Mastrena. This is because the Mastrena espresso machine was developed exclusively for the global coffee giant. It is manufactured by the Swiss company Thermoplan AG which has been collaborating with Starbucks for around two decades now. Thermoplan AG is located on the shore of Lake Lucerne in the small village of Weggis. The first model of the Mastrena was launched back in 2008 with the purpose of making Starbucks baristas’ job easier and quicker.

The Mastrena has a UFO-shaped hopper on top that has a capacity to hold a huge amount of beans. The bean to cup machine is a very useful one and particularly comes in handy to get through the Starbucks morning coffee rush. It enables the employees to serve in high volumes without the delay that is caused by refills and grinding of the beans.

The storage capacity that the Mastrena has makes it highly suitable for commercial coffee shops. However, if you’re thinking about getting one for home, bear in mind that storing the beans and not using them regularly would cause them to go stale, resulting in bland tasting espresso.

The Mastrena espresso machine features a built-in grinder which eliminates the need for a separate coffee grinder. So, instead of two machines taking up the space, you have one compacted unit. Also, ensuring that you get consistent results with an independent grinder can be quite tricky. Mastrena’s grinder is compatible with it which means the users are able to pull off a delicious brew every time.

The superautomatic Verismo 801 machine was designed by Thermoplan AG for Starbucks in 1998. It featured dual bean hoppers and was capable of pulling single, double as well as half-caff espresso. Besides, it had a steam wand along with an automatic temperature probe and a hot water spout. All functions of this machine were operated through its bottom control panel located on the front side.

The Verismo 801 was discontinued by the company when it launched the Mastrena in 2008. An upgrade of Verismo 801,the Mastrena has all the features and functions of its predecessor with some improvements. It has a bigger dual bean hopper and is capable of pulling ristretto and lungo shots. It is smaller in size than the Verismo 801 as the CEO of Starbucks at the time felt that the height of the Verismo 801 affected the baristas' interaction with the customers.

Since the Mastrena was created for commercial use, engineers put a lot of thought and effort into making it both operator friendly and customer friendly.

Firstly, the Mastrena is designed to be of the appropriate height so as to enable the baristas to look over them while interacting with the customers. For example, as a barista whips up the triple nonfat latte, they can make use of the computerized or automated menu functions without needing to disengage from a brief conversation. The menu on the machine has 10 programmable dosing buttons which can be set up for shot volumes, custom grind times and pull times.

The Mastrena also has the ability to queue drink orders allowing the ‘slammed’ barista to continue to take up new orders and stay ahead of the line.

Every shot pulled from the Mastrena is delicious and fresh. This is because the machine has a high-capacity bean hopper along with a built-in grinder which not only saves time and space, but delivers consistent results. Besides, there are a couple of frothing wands with automatic shut offs that kick in just when the milk has reached the right temperature.

The Mastrena has all the parts that make up an espresso machine. In fact, these are of a higher quality, greater capacity and better efficiency than the regular machines. The superautomatic Mastrena machine parts include high-capacity bean hoppers, built-in coffee grinder and auto-seam wands.

The Mastrena is fully programmable and has a computerized menu which leaves little room for human error. When the system grinds the beans for a cup, it monitors it and is able to recalculate its setting to produce the same quality of cappuccinos and lattes.

How much does a Mastrena espresso machine cost?

Since Mastrena espresso machines are built for high volumes, their prices are higher than the regular coffee makers. On average, a Mastrena costs between $15000 and $17000. You can get a cheaper one if you go for a used model, while the latest top of the line model would have a higher price tag.

Where to Buy a Mastrena Espresso Machine?

The Swiss company Thermoplan AG designs and supplies the Mastrena for the global coffee chain Starbucks exclusively. Hence, it is difficult to purchase this product as it is not available in the market or on Amazon. However, if you have the means and the connections, you may be able to get the device through the manufacturing company.

As tempting as it may be to purchase a Mastrena and enjoy Starbucks standard coffee at home, the idea is not a very practical one. This is because the machine is meant for commercial purposes, that is, entertaining a larger number of people in a shorter time. The beans in the storage hopper would get stale if they are not used with the same frequency as in the coffee houses.

To sum up, the effort and cost you need to get a Mastrena would not be worth the results. It is therefore better to opt for a solution that meets your needs and is budget-friendly as well. Here are the 3 best alternatives to the Mastrena espresso machine. Unlike the Mastrena, you don’t need to invest a hefty amount or find contacts to purchase them. They are readily available on Amazon with all the details and reviews.

The Gaggia Anima Coffee and Espresso Machine is an excellent alternative to the Mastrena owing to its intuitive operation and programmable features. With a chrome plated pannarello wand and six buttons, it can easily make lattes and cappuccinos. The machine monitors your cup and remembers your preferences owing to its programmable brewing feature. It also has settings to adjust temperature and strength. The machine has a hopper as well as a bypass doser which gives the user the choice to brew with either whole beans or pre-ground coffee.

Another good option for espresso lovers is the Philips 3200 Series Fully Automatic Espresso Machine. Its intuitive touch display makes it easy for the user to select their coffee type and customize its temperature, strength and volume. It has a classic milk frother with which you can easily create a smooth and silky cappuccino or creamy latte. Additionally, the machine offers a 12-step grinder adjustment which means you can have the beans crushed to your liking, from course grindings to ultra-fine powder.

The Breville BES870XL Barista Express Espresso Machine has many of the same features as the Mastrena but in a smaller and more consumer-friendly set-up. It features a storage hopper, burr grinder, steam wand and a 67 ounce water tank at a fraction of the cost of the Mastrena. Besides, it gives you the choice of manual and automatic operation, ensuring you get the desired results every time.