Unless you are a true coffee connoisseur then the Mastrena espresso machine is not likely something you would put in your kitchen. Why? There are a few reasons. First is the cost. These units are made for high volume Starbucks locations and should be looked at more like a piece of machinery rather than an appliance. Units are said to cost as much as $40,000 each. That’s a lot of money to spend on your morning shot of espresso but you would at least have a very interesting conversation piece in your kitchen. The other reason you probably wouldn’t put one of these in your kitchen is availability. These machines are produced exclusively for Starbucks so it’s not like you can log into Amazon and have one shipped to your door in a couple days. Basically, if you want one of these in your home you have to be prepared to spend a lot of money and be a little patient while searching.

Why do people even want to own such a unit? Name recognition goes a long way. Walk into any Starbucks are you will see the Mastrena name. If the most popular coffee chain in the world uses these machines then surely they are good enough for your own home, right?

Obviously, a Mastrena espresso maker would be a fine addition to any home barista’s kitchen but the units are likely overkill for what most people need. Unless you are running a coffee shop out of your home then you don’t need a Mastrena espresso maker. That would be like shopping for a new vehicle and choosing a semi truck if you don’t plan on doing commercial hauling. The cost/benefit ratio for the average person simply does not make sense.

Of course, even after reading that, some people will still want a Mastrena espresso maker in their home. Part of it is the novelty factor: there is no arguing that having a Mastrena unit sitting on your counter would be really cool. Plus, of course, these units are built to get the job done. That job may just be a little bigger than what you are planning on doing in your own home.

Starbucks coffee shops make hundreds of shots of espresso per day. The UFO-shaped hopper on top of the Mastrena espresso maker holds enough beans to get a Starbucks through the morning coffee rush without requiring employees to refill the unit with beans as the line of customers continues to grow. While the massive amount of storage is great for a commercial coffee shop, it would probably go unused for smaller operations. Filling that storage with beans would only result in stale beans after the first few uses.

Attached to the Mastrena espresso maker is a frothing wand and several buttons that baristas can push to dispense the correct amount of espresso for the order that they are working on. Pretty much everything on this unit is something you can find on units of all sizes for home or commercial operations—the Mastrena name is the only thing that’s exclusive to Starbucks.

One interesting feature of these Mastrena espresso machines is the reminders for cleaning. Since these machines are being used in commercial settings and processing hundreds of orders per day, they need to be cleaned and maintained much more frequently. The Mastrena machines remind baristas multiple times per day about cleaning and will even stop working if the cleaning reminder goes ignored. That’s an important feature for a busy coffee shop but an annoying feature for a smaller operation that may not do the volume of a Starbucks.

Should You Buy a Mastrena Espresso Maker?

If you have the money and connections to get a Mastrena espresso maker then you should feel free to go ahead and pull the trigger on one. However, most people are not looking to spend that much money on an espresso maker and, frankly, do not need some of the commercial features that a Starbucks would. If you are opening your own coffee shop then there are a variety of other names in the commercial espresso maker space that can offer a lot of the same features as Mastrena. 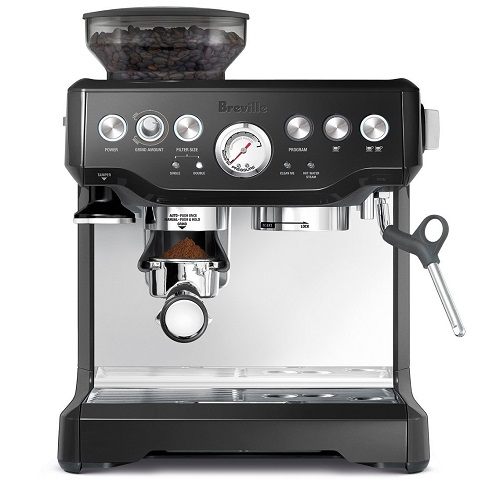 The cost and effort it would take to get a Mastrena espresso maker is far more than you should have to commit to good espresso at home. Save your money, find a great solution that meets your needs, then sit back and enjoy your fresh espresso.

Why Are Mastrena High-performance Espresso Machines so Expensive?

The Mastrena Coffee Machine is a super automatic machine that does all the work by itself. It will grind, tamp, dose, brew, pre-infuse, adjust the temperature, brewing time and steam for you. It is available in two different models- Mastrena Original (CS2) and Mastrena II.

Following are some of the features of the Mastrena Coffee Machine:

What Is the Closest Alternative to a Mastrena for Your House?

Following are some of the closest alternatives to a Mastrena Coffee Machine:

This machine is highly automated and will serve you various milk-based beverages and espresso shots with just a push of a button. It has a touch panel interface which allows you to operate it easily. The Breville Oracle Touch has a giant bean hopper, a dual-boiler, a closed portafilter cradle and an automatic steam wand.

The Gaggia Brera is another classic super automatic machine that will help you brew delicious espresso with minimum effort. It has an automatic steam wand, an LED display, a bypasser and a built-in grinder. Along with this, the Gaggia Brera is a stainless steel model with a classy exterior.

The Delonghi Eletta is another super automatic machine. It has a built-in grinder which grinds the beans; however, the machine also accepts pre-ground coffee. It also has programmable buttons which help you control the system. Along with this, the Delonghi Eletta has a water filter, a removable front reservoir and a unique carafe style steaming system.