How Much Caffeine In a Shot of Espresso: A Short History of Espresso & the Pros & Cons of Caffeine on Your Health
What is the Difference between Coffee and Espresso?
Gaggia Espresso Machine Review
10 Types of Drinks with Espresso that You Will Love
5 Features to Look For in an Electric Espresso Maker and Our Top 3 Picks in 2017

How Much Caffeine In a Shot of Espresso: A Short History of Espresso & the Pros & Cons of Caffeine on Your Health 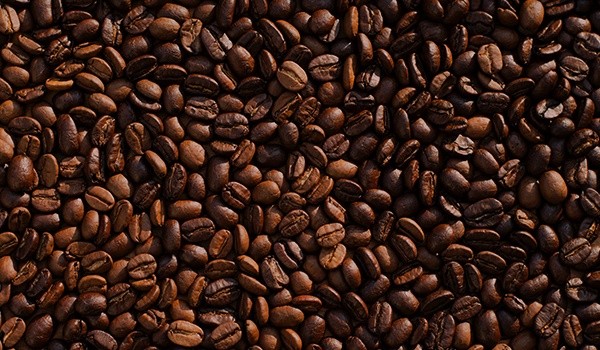 How much caffeine in a shot of espresso, you ask? It is commonly thought there is more caffeine in espresso than other coffee variations. There are a few different ways to make coffee: drip machines, French presses, and of course, espresso. So, what exactly is espresso? Is it the jolt of concentrated caffeine that it’s been stereotyped as? Is it better or worse for you than standard brewed coffee? And, if it is, what does drinking that much caffeine do to your health?

Like drip or pressed coffee, espresso is another way of preparing a hot beverage from coffee beans. To make it, you need an espresso machine and finely ground beans. You can get an espresso machine for your home, but it’s likely it won’t have the same results as the large, industrial ones you’ll find at your favorite coffee shop.

Here’s how it works. Espresso machines heat water to just about boiling and then use intense pressure to force it through the finely ground beans. The result is a small, concentrated shot of coffee. How small? Believe it or not, one shot of espresso is only one ounce.

While some people do like to drink it straight in small sips, espresso is also the basis of so many other drinks you love at your favorite coffee shop. For example, a cafe latte is one-third espresso, two-thirds hot milk, and a thin layer of foam. An Americano is a double shot of espresso with a bit of hot water. And a cappuccino is one-third espresso, one-third steamed milk, and one-third frothed milk. As you can see, espresso is the basis of most coffee shops. There’s actually a historical reason for that.

A Brief History of Espresso

Espresso first came into being in 1901 in Italy when it got its name. “Espresso” literally means express and this kind of coffee was originally designed to be made fast. The first espresso machines didn’t have the heat or the pressure that later versions did, the coffee produced was more like what we get from drip coffee today. Still, it did the job. It was quick, it was good, and it was made just for the customer.

Thanks to advancements in the machines, their popularity spread. By 1920, the term espresso had officially become mainstream in Italy. Its popularity continued to grow and, by 1935, coffee houses were being frequented by workers who needed a caffeine fix—and got it with regular espresso shots.

During the 1930s and ‘40s, consumption declined during wartime but the espresso machine was still being improved upon. In 1947, the next great step was taken when hand-pumped machines were introduced. A hand-pumped machine allows for a greater buildup of pressure, which makes for a strong shot.

By 1961, a cheaper more accessible espresso machine had been developed which made it less of a luxury and more of a drink for the masses. This is the basis of the machines that are still used today.

One important thing this machine did was change the orientation of the internal boiler from vertical to horizontal. This opened up the space between the barista and the customer, turning coffee bars into a social space where people could sit and chat with their neighborhood barista while waiting for their drink. Coffee bars rose in popularity as everyone flocked to them to get a good drink and socialize.

In the span of 60 years, espresso went from being a quick way to make coffee to being deeply ingrained in Italian culture. 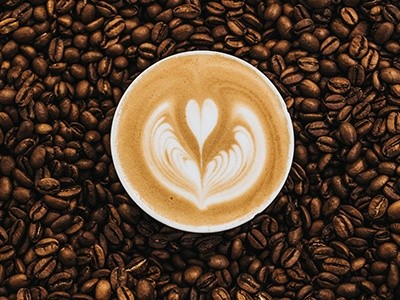 What does that mean exactly? If you had an 8 oz cup of drip coffee and an 8 oz cup of espresso, yes, the espresso would have much, much more caffeine. Most people would never drink 8 oz of espresso, though. Most of the drinks that people get that are made with espresso have 1 to 3 oz at most, though you can always ask for an extra shot!

Exactly how much caffeine is in espresso? There is about 40 mg in a 1 oz shot. For comparison, a 12 oz cup of drip coffee has an estimated 120 mg.

So, that’s good news! Drinking espresso or drinks made with espresso actually gives you less caffeine than drinking regular drip coffee. That said, no matter what kind of coffee you prefer, it’s going to have caffeine in it and your body will experience both the good and bad effects of it.

Caffeine is everywhere these days. While workers once clamored into Italian espresso bars to get their fix, today caffeine is readily available just about anywhere. You can find it in soda, energy drinks, pills, and even energy shots.

So, exactly what is all that caffeine doing to your body? First, let’s take a look at the benefits. Here are some of the things caffeine can do:

Plus, caffeine consumption can also prevent the onset of some disease, including:

And now, the downsides:

How Much Caffeine Is Safe?

Now that you know the pros and cons of drinking caffeine, you might be wondering how to balance the good with the bad. How much caffeine should you drink to get the benefits while avoiding the downsides?

According to the Mayo Clinic, most healthy adults can safely consume up to 400 mg of caffeine a day. That’s 4 cups of drip coffee, 9 standard 1 oz shots of espresso, or 2 energy shots. That said, some people are more sensitive to caffeine than others. If you find you’re having negative side effects from this much caffeine, cut back or consider limiting your intake.